​Since Dr. Casey Pawl, DVM (Medical Director at the North Ridge Animal Hospital in Madison/OH),  was not available for our January meeting, she will be our guest speaker this time to talk about a subject that is on every large-breed dog owner's mind  -  Bloat and animal first aid.

​​She will cover topics such as the causes of bloat, signs and symptoms, treatment, prevention and bloat kits. She will also provide information about “gastropexy”, a surgical procedure to prevent the twisting of a dog’s stomach.

So, bring your questions to this interesting and informative meeting.

Our four-foots are welcome to attend as well !

​As a bonus, Tom  will once again be back at the grill cooking up some hot dogs and brats.  Bring along your beverage of choice, (adult beverages are permitted.) Bottled water will be provided.

​So, we will see you soon with your babies!

Don't forget to stop by our STORE once in a while.  If you haven't been there lately, you will be surprised by the variety of merchandise to be had  -  there is always someone's birthday ! 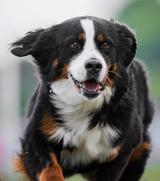 These and many other items are available in our STORE 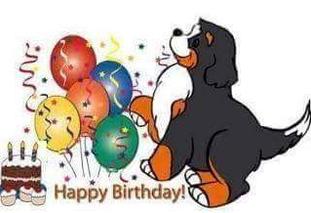 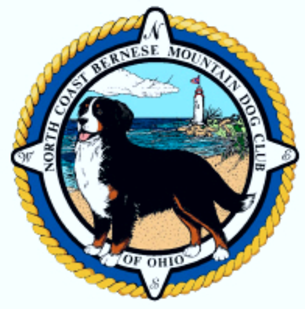 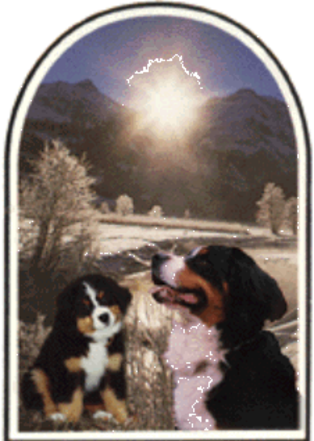 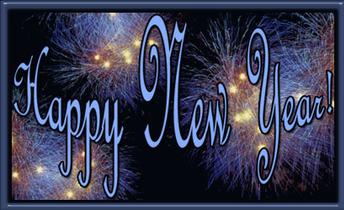 Wishing all of our Berners a happy birthday

This is Sadie Pedersen!  We are so proud of what this little rescue girl has accomplished ----   and on February 1, 2022, she will celebrate her 12th birthday!  Congratulations to this special little girl!

Did you ever meet Pearl? She is somewhat of a celebrity with our club. Here is why ......
Pearl has been invited to the first National FastCAT Invitational to be held December 9 - 11, 2020. The AKC invites only the fastest dog per breed. It will be televised on AKCTV.
She has also been selected to be one of only 10 dogs to be interviewed for ESPN2, which will air in December.
Pearl's life is a Cinderella story:
Pearl is a rescue dog, she was adopted 2 years ago, and just had her 3rd birthday on October 7.
Pearl is AKC registered "My Uncatchable Wicked Wench", BCAT.
She is the #1 Berner in the country in FastCAT --- she ran the 100yd course in 8.03sec/25.47mph!
Nancy, we are very proud of your girl! Congratulations !!! 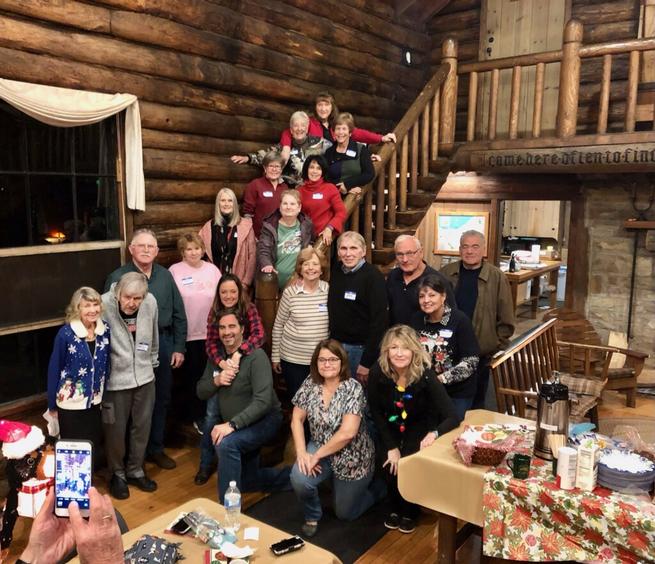 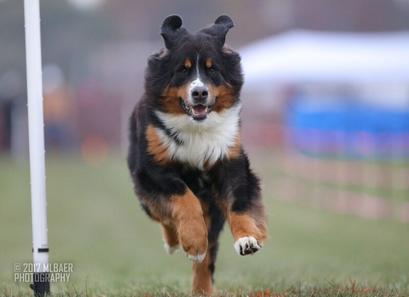 Things we need to know about:

​Here are some numbers from the CDC on rabies in the US:

​"The number of rabies-related human deaths in the United States declined during the twentieth century, from more than 100 annually in the early 1900’s to just one or two per year since 1960. This decline can be attributed to successful pet vaccination and animal control programs, public health surveillance and testing, and availability of post-exposure prophylaxis (PEP) for rabies.

"In the United States today, human fatalities are rare but typically occur in people who do not seek prompt medical care. While the exact reason for not seeking care is often unclear, lack of awareness of the risk of rabies is thought to be an important factor. This is of particular concern for bat bites, since bats can have small teeth and leave bite marks that are the size of the tip of a pencil.

There were 3 deaths in 2018, the most recent year for which I can find details. Two of them were from bat bites (one in Utah, one in Florida), and for the third the exposure was unknown, but it was a Racoon virus variant - and that case occurred in Delaware.